In 1850, local history was made on the shores of Whidbey Island when Isaac Ebey landed on a rocky westside beach and became the first official white settler on the island. With an entire island to choose from, Ebey couldn’t have done much better than the pristine pastureland of what is now known as Ebey’s Landing. This brilliant landscape is situated right at the southwestern side of Coupeville and features breathtaking views of Puget Sound and the Olympic Mountain range. 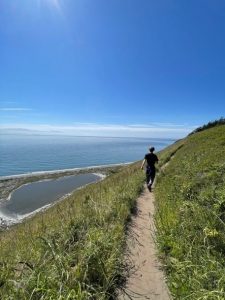 The landing’s soft rolling hills blanketed in rich soil—perfect for cultivating crops—was this area’s true draw to its original settler. Today this landscape remains largely unchanged from the early days of settlers thanks to Ebey’s Landing Reserve. It’s the perfect place for a long walk to get lost in the life of the past. 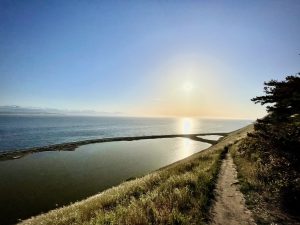 Definitely catch the afternoon sunset on the Ebey’s Trail

Related Articles
Home What materials to use in Pacific NW to get the deck of your dreams After spending months at home on lockdown, I realized it was time my deck and front stairs could use some love.   When done right, decks and patios can extend your living space, bringing the indoors outside and the outside in.  Decking materials The most frequent question I get asked about decks is whether the […]
Uncategorized How House Insulation Works       Insulation in your home provides resistance to heat flow and lowers your heating and cooling costs. Properly insulating your home not only reduces heating and cooling costs, but also improves comfort. How Insulation Works To understand how insulation works it helps to understand heat flow, which involves three basic mechanisms — conduction, convection, […]
First Time Home Buyer Whidbey Island Homebuyers: Be Ready To Act This Winter Homebuyers: Be Ready To Act This Winter To succeed as a buyer in Whidbey Island’s market, it’s important to understand which market trends will have the greatest impact on your home search. Danielle Hale, Chief Economist at realtor.com, says there are two factors every buyer should keep their eyes on: “Going forward, the conditions buyers face are […]